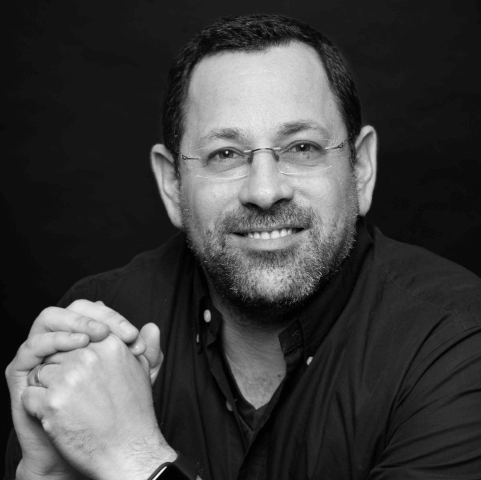 Dr. Yair Schindel is the Co-Founder & Managing Partner of aMoon.

As a healthcare entrepreneur, investor, and physician with vast experience in the field, Yair established aMoon in 2017.

Before launching aMoon, Yair served as the founding CEO of Digital Israel, the State’s National Digital Bureau to accelerate digital transformation and stimulate economic growth on a national level. Prior to Digital Israel, Yair was the CEO of Startup Nation Central, a nonprofit organization that supports Israeli innovation. In 2010, Yair co-founded and served as CEO and board member of MAOZ, an NGO that trains and connects Israel’s most promising future leaders to promote social change initiatives and strengthen Israel’s socioeconomic resilience.

Yair is the Co-founder and Chairman of the non-profit organization The 8400 Health Network, which is committed to building a national HealthTech growth engine through a coalition of public, private, and nonprofit sector leaders.

In the private sector, Yair served as an executive, investor, board member, or advisory board member in several healthcare startups.

Yair earned his BSc and MD degrees at Ben-Gurion University’s Goldman Medical School and his MBA at the Harvard Business School. He currently serves on the Health Care Advisory Board at HBS. Prior to business school, Yair was the Chief Medical Officer for the Israeli Navy Seals, also known as “Shayetet 13.” 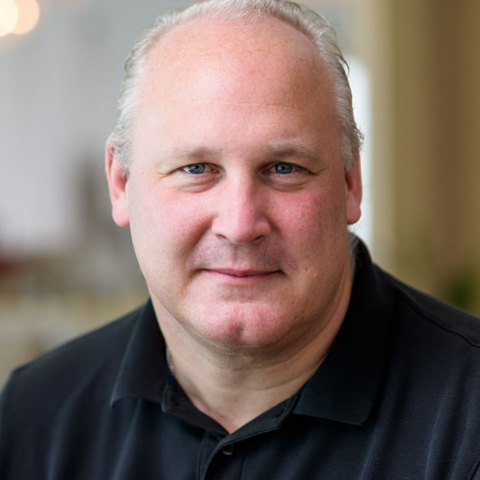 Moritz Hartmann is Head of Roche Information Solution (RIS), which focuses on delivering data-driven solutions that empower healthcare professionals and patients to make insights-based decisions. Connecting the lab, care and home settings, these innovative digital solutions help unlock digital ecosystems across the care continuum for financial, operational, and clinical insights that  drive personalized healthcare for patients around the globe.

Moritz started his career in the tourism industry developing online travel booking engines. He joined Roche in 2005 and since, has successfully led large and diverse organisations and teams across different regions and divisions while driving innovative digitisation projects and partnerships. Moritz was appointed Head of the newly created Roche Information Solutions (RIS) in May 2021.

A German native, Moritz holds degrees in Controlling and Finance as well as Marketing and International Management and an MBA from the Northwestern University – Kellogg School of Management. 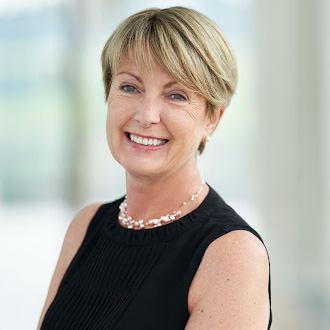 Prior to taking the helm of Roche Diagnostics Solutions in October 2020, Ann was the head of the Centralized Diagnostics and Point of Care Solutions Business Area where she had overall responsibility for research, development and global marketing of diagnostics solutions worldwide.

Ann is a Fellow of the Institute of Medical Laboratory Science and holds a BSc. in Biomedical Science from the Dublin Institute of Technology, Ireland. 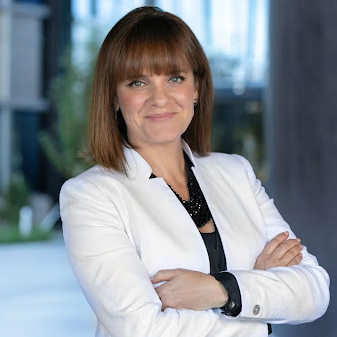 Cristin Hubbard is responsible for bringing external innovation into the Roche Diagnostics Group. In her role as Global Head of Diagnostics Partnering, Cristin is a member of the Diagnostics Leadership Team based at Roche’s Headquarters in Basel.  Having grown up in California, US, her career has spanned over 20 years in the healthcare industry.

Cristin has had various roles with increasing responsibility across key functions, including Research, Development, Commercial and Partnering across Pharma and Diagnostics. She started her career as a medicinal chemist at Theravance, before joining Genentech in 2007 in Pipeline and Portfolio Planning where she provided strategic and analytical support for investment decision-making across the portfolio. She also held various strategic and operational roles in the US Commercial organization as part of Genentech. Cristin then moved into Global Product Strategy in the Roche Pharma division where she led the worldwide launch of a novel therapy for a rare condition. In 2019, she was appointed Senior Vice President of Global Product Strategy for the Immunology, Infectious Diseases and Ophthalmology portfolio.

Cristin started her current role in April 2021 to establish the newly created Diagnostics Partnering organization, to help position Roche as a partner of choice while developing external collaborations and ecosystems across the diagnostics and healthcare industry. 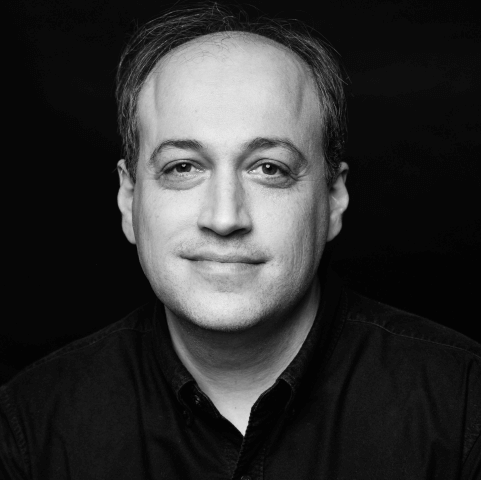 Yaron has spent much of his career leading innovative HealthTech companies, and he brings to aMoon a wealth of hands-on experience as a business leader in both the private and public sectors.

Prior to aMoon, Yaron was the President and CEO of Yissum, Hebrew University’s acclaimed Technology Transfer Company, and Co-Chairperson of the Israel Technology Transfer Network (ITTN). Before leading Yissum, he spent 14 years as a senior executive – and 10 years as CEO – of private and NASDAQ-traded Biopharma and Biotech companies.

Yaron earned his PhD from the Sackler Institute of Graduate Biomedical Sciences at the NYU School of Medicine. Following his doctoral program, he served as a Visiting Fellow at the NIH, and as an American Cancer Society Postdoctoral Fellow in the Department of Molecular Cell Biology at The Weizmann Institute for Science in Israel. He also holds an MBA from the Technion – Israel Institute of Technology. 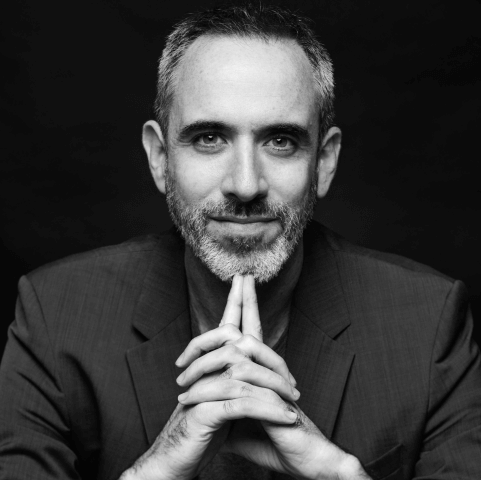 Roy is a Managing Director at aMoon Velocity, where he leads deal teams, manages sourcing, and serves on the board of several portfolio companies.

Roy has over 15 years of investment experience, first as an M&A and Private Equity lawyer in New York, Hong Kong, and Tel Aviv, and later as a venture capitalist.

Before joining aMoon, Roy was the CEO of Hutchison Kinrot, a leading global incubator and seed investor in water technologies & Cleantech, owned by Hong Kong conglomerate CK Hutchison. He led numerous investments in early-stage Israeli start-ups, serving on the boards of all portfolio companies and guiding them from technological concepts to early commercialization.

Prior to that, Roy was a Partner at the International M&A and Capital Markets department of a leading Israeli law firm and worked at the international law firm Weil Gotshal, where his work included representing large healthcare strategics on various financing and M&A transactions.

Roy holds an LLB from the Hebrew University of Jerusalem, and a dual MPA (Public & Economic Policy) from the London School of Economics and Columbia University. He is a certified lawyer in Israel and New York. 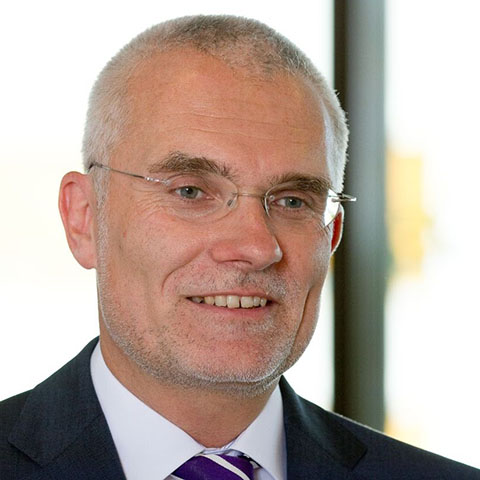 In his current role as Chief Technology Officer and Chapter Head Technology and Science, he leads a team for scouting and assessing platform technologies for future diagnostics products, and provides input for business and strategy planning with insights on technology roadmaps. He is very passionate about the opportunities for improving care for patients through advancements in IVD and data driven insights and bringing care closer to the patient.

Matthias holds a PhD in Medical Physics from University College London, U.K. and received his M.Sc. Degree in Physics from Ludwig Maximilians Universität in Munich, Germany. 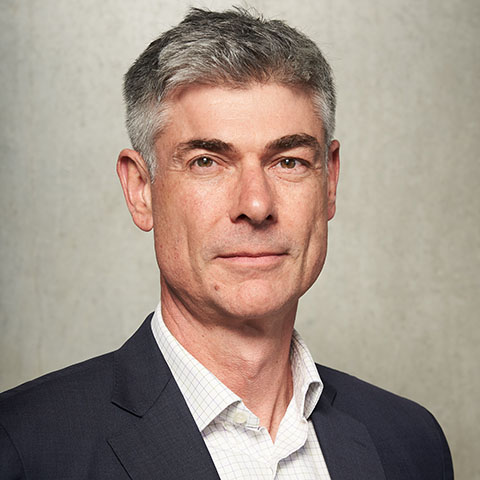 David Evans is an Investment Director at the Roche Venture Fund and brings over 20 years’ experience in the healthcare and pharmaceutical industries in investing, operations, and research. Before joining the Roche Venture Fund, David was in Roche Pharma where he led the global data sciences team supporting the neuroscience & rare diseases pipeline.  Earlier in his career, David worked at Bristol Myers Squibb and Eli Lilly at global and affiliate levels and, prior to joining the pharmaceutical industry, at the World Bank, with Médecins Sans Frontières, and in clinical medicine.  David holds an MBBS from the University of Sydney and a PhD in clinical epidemiology from the Université Pierre et Marie Curie, Paris. 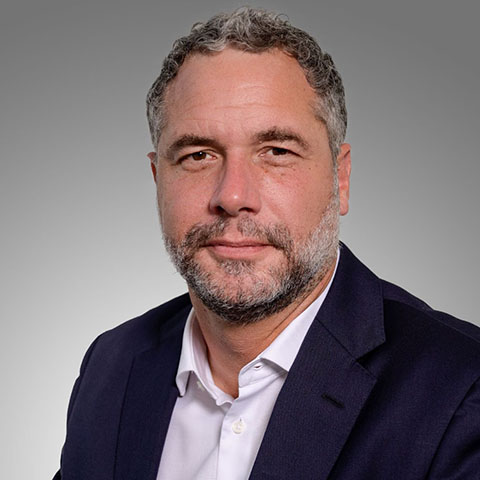 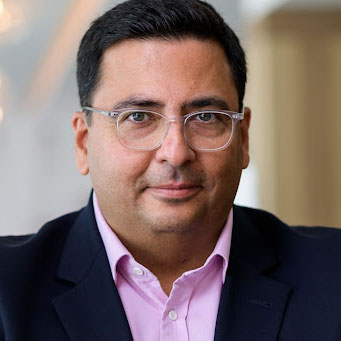 With his organization, Okan is redefining the way how digital health products in RIS are designed, validated, implemented, and marketed with the aim to generate exceptional value for customers and patients.

Before joining Roche, he was Global Head & Vice President of the Healthcare Consulting business at Siemens Healthineers, developing and offering IT-enabled transformation and clinical consulting services. Prior to that, he established the Global Medical Office of Healthineers and served as its first CMO, across imaging, diagnostics and healthcare IT. Okan spent eight out of his 20+ years of experience in the healthcare sector in clinical practice in cardiology.

Okan holds an MBA from the European School of Management and Technology, Berlin, an MD from the University of Mainz, Germany, and is adjunct professor of medicine at the University College Dublin, Ireland. 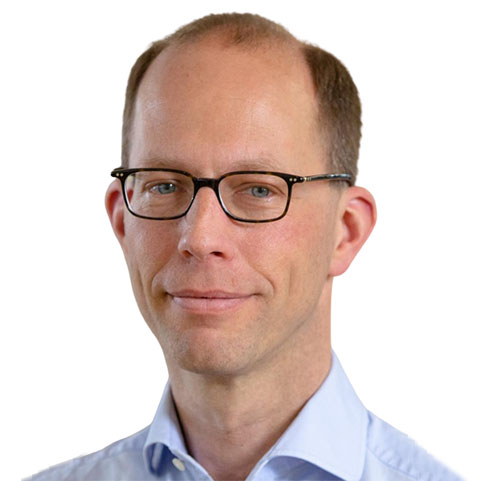 Jochen since 2019 heads the Digital Health Innovation Chapter within Roche Diagnostics International. He holds a PhD in Bioinformatics and an Executive MBA and has more than 20 years of experience in the Life Sciences and Diagnostics industry. From 2007 to 2017 he drove innovation in the IVD business by leading the Innovation & IP Management department within Roche Diagnostics. In 2018 he established the Startup Creasphere which is now one of the leading corporate Digital Health Accelerators globally with locations in Munich, Singapore and the Silicon Valley. The Digital Health Innovation Chapter shapes the future of healthcare together with patients, providers and payers and has accelerated more than 75 transformative digital health projects together with startups in the last 5 years. Jochen is passionate about establishing symbiotic partnerships between Roche and startups to bring innovation to patients and innovate related business models. 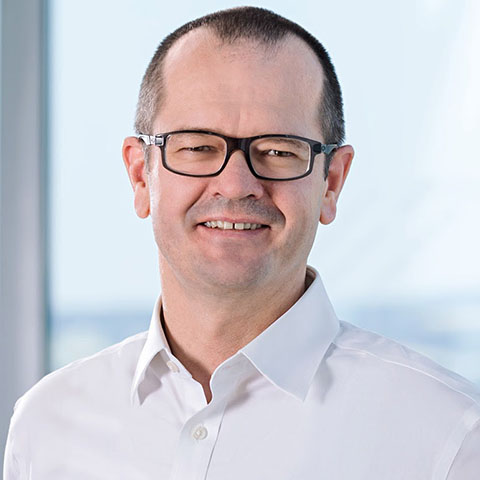 Prior to joining Roche, Ruedi gained experience in the healthcare sector working for McKinsey & Company located in Zürich, Switzerland. Ruedi is a Swiss citizen and holds a Ph.D. in Cell Biology from the University of Basel, Switzerland, and an MBA degree from Cornell, USA. 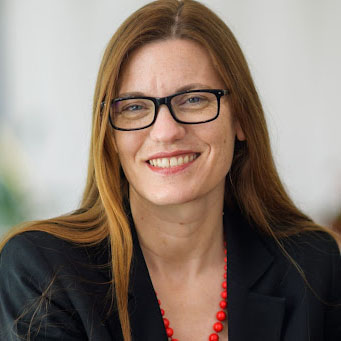 Lee Lehman-Becker is the Partnering Network Lead to the Roche Information Solutions (RIS) organization.  She is based in Santa Clara, California.  Prior to joining Roche Diagnostics Partnering, Lee was the Global Research & Development Lead for Roche Pharma’s Digital & Personalized Healthcare Partnering team, where she focused on M&A, joint development, and licensing deals with partners focused on multi-modal data, advanced analytics / AI, and digital tools.  She previously consulted to Life Sciences and Health Tech industry players on M&A, PMI, growth strategy, and portfolio development.  Lee holds an MBA in Strategy from The Wharton School and a BA from Yale University.  Her passion is for finding new ways to enrich patient lives and outcomes using emerging technologies.

adi.zamir@roche.com
This website is neither intended nor designed to record or report adverse event information. If you have a suspected side effect or problem to report regarding one of our products, please call the Israeli Safety Unit on 972-9-9737722 or send an email to israel.drugsafety@roche.com.