Back To the Blog 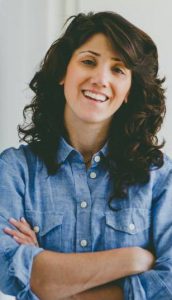 For those of us not used to working with visionaries, entrepreneurs, and lateral thinkers, it may be difficult to comprehend their thought processes and work practices. For a peek inside their world, read a little about Orel Hashmatia, Founder & CEO of Causalis.ai, learn how the company came into existence, and about its partnership with StarFinder Lab.

We’ve all experienced it:  looking for that missing piece of a mental puzzle and the solution to a troublesome conundrum. We know it exists, we just have to find it, and we can’t rest our minds until it is found. When you do finally reach that aha moment, you end up with a company like Causalis.ai.

Orel Hashmatia, Founder & CEO of Causalis.ai, was introduced to the concept of causal AI by a friend. She instantly realized the enormous potential of this discipline and how its application to healthcare could have a profound impact in shaping the future of healthcare for millions of people.

Orel immersed herself in the world of causal AI, utilizing her contact base to enter that ecosystem and explore the part she could play in unleashing its enormous capabilities. It became apparent to Orel that the power of causal AI would only be maximized through its application to mass databases.

For the uninitiated, causal AI is a statistical method that enables artificial intelligence and machine learning algorithms to reason in similar ways. The potential ramifications are myriad and enormous.

By applying causal AI in predicting the efficacy and toxicity of oncological treatments on a personalized basis, the Causalis.ai team believes they can empower both oncologists and patients to improve the quality and length of life.  Once this concept receives clinical validation, it will be a game-changer for cancer patients.

However, it wasn’t all smooth sailing for Orel.

After assembling a team to make the dream of causal AI in healthcare a reality, and initiating the development of a product, Causalis.ai was faced with a missing piece of the puzzle: a go-to-market strategy.

Orel and her partners were deliberating a change in direction, unsure of their next step. It was then that StarFinder Lab came into the picture. Orel learned of the StarFinder Lab launch event and signed up for it a while back- but didn’t know much about it. It was during the presentation of a lung cancer case study at the launch that the stars finally aligned, and Orel had her aha moment. The rest, as they say, is history.

Causalis.ai is a participant in StarFinder Lab’s first cohort, and Orel couldn’t be happier with the intimate mentorship and guidance from StarFinder Lab, Roche, and aMoon.

With her partners at StarFinder Lab, Orel believes she will empower oncologists and patients in solving their own personal puzzle.

[email protected]
This website is neither intended nor designed to record or report adverse event information. If you have a suspected side effect or problem to report regarding one of our products, please call the Israeli Safety Unit on 972-9-9737722 or send an email to [email protected].

We know you can’t wait to apply for our second cohort,
and luckily December 8th is just around the corner.

Looking forward to receiving your
application on the 8th!